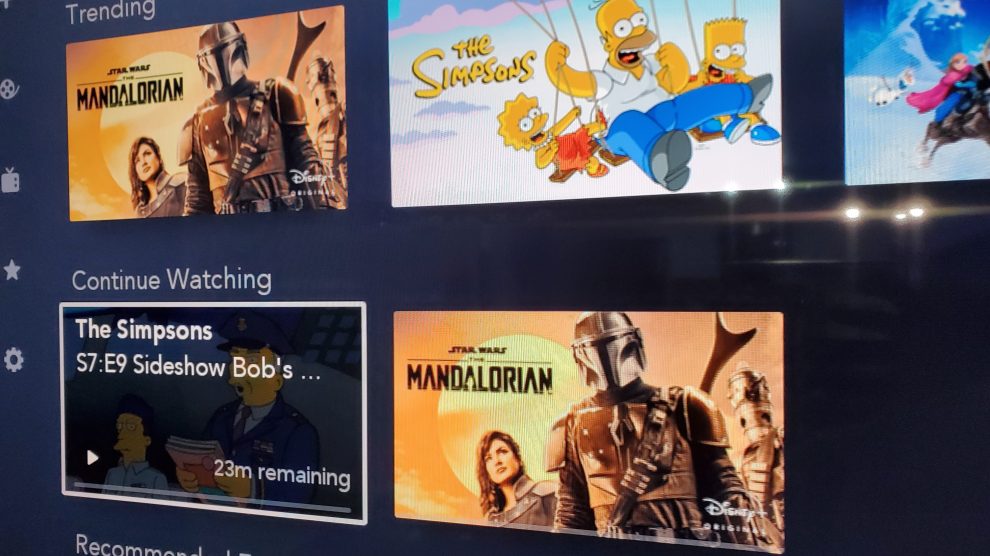 
It’s no secret that Disney+ got off to a rocky start. The opening day was filled with glitches and dropped connections. Things seem to have smoothed out a bit, and now they are starting to add Disney+ features that probably should have been included right from the start.

One of these features is “continue watching”. It was incredibly frustrating to scan through the list of programs to find the program you were last watching. There were several complaints about it.

Now, when you open Disney+ you can scroll down to continue watching right where you left off in a new or favorite show or maybe you are watching Noelle again for the 5th time. Just me? OK.

One feature that is still missing is the ability to set a PIN on the parent profiles so kids can just select another account to get around any restrictions placed on them. As of now, it’s not a HUGE deal, since a lot of the content on Disney+ is pretty family-friendly. However, this can definitely become a problem as the content library increases to add titles from Miramax and other Disney owned properties.

I would also love to be able to separate out my Watchlist into categories or into lists that I create. For example, I’d love to just go to my Watchlist and select “TV Shows I loved as a kid” where Boy Meets World, Simpsons, and Darkwing Duck are waiting for me.

The service is still slightly glitchy, but WAY better than day one, and I STILL haven’t watched the Mandalorian yet! Maybe I’ll get to it in January after the whole series has been released. Who’s idea was it to release them weekly anyway??

And if you still haven’t signed up what is stopping you? Check out this link if you have Verizon.