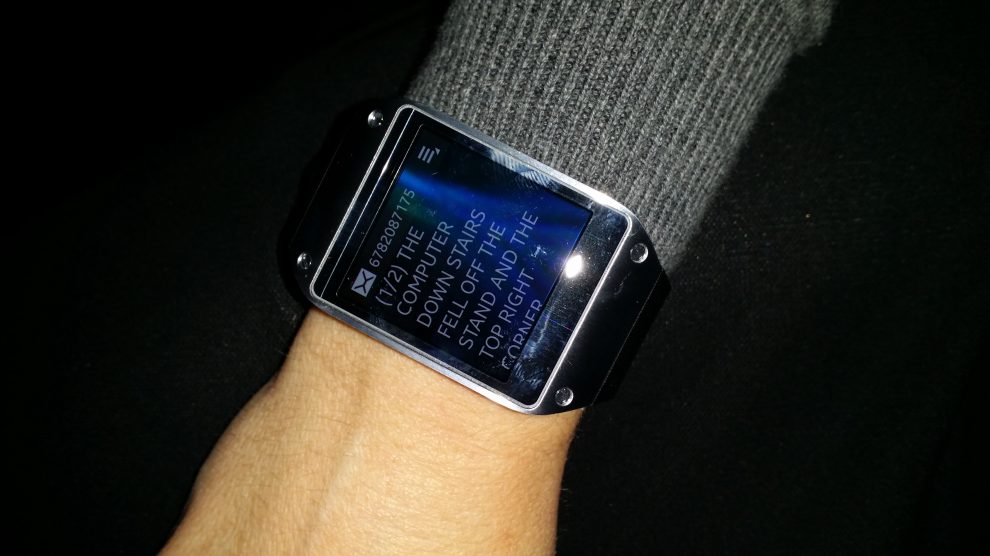 So, I have kids.  I know, you are shocked.  I also like to go out from time to time, either with friends or with my husband.  This creates a need for a babysitter.  I COULD leave the 8 year old in charge, but I think we all know how that will end… and it’s not well.  One of my favorite things to do when I go out is go to a movie.  I’m a huge movie fan (as evidenced by my massive movie collection).  Fortunately for me, my friends also quite enjoy going to the movies.  It’s usually last minute, and it’s usually a fantastic time.  So when my friend texted me that she wanted to go see a movie one night, and my husband happened to be working, I checked with my typical go-to babysitter.  My niece, who happens to live about 2 blocks away.  I know, best life ever!  She was available, and I texted my friend back that YES, I will be in attendance.

With the kids at home with a babysitter, any number of things can go wrong.  You can’t check your cell phone in a darkened movie theater.  It’s just not polite.  You turn the ringer completely off and you enjoy the movie.  I have a Samsung Galaxy Gear.  There are definitely situations like the above, where this has been essential!

Back to the movie theater with my friends.  I feel my Galaxy Gear buzz.  During the movie I wouldn’t dream of trying to turn on my phone to see what the text message was, but with the Gear I was able to pull back my sleeve ever so slightly and take a look at what the message was.  What greeted me on the face of the Gear was NOT what I was wanting to see though… 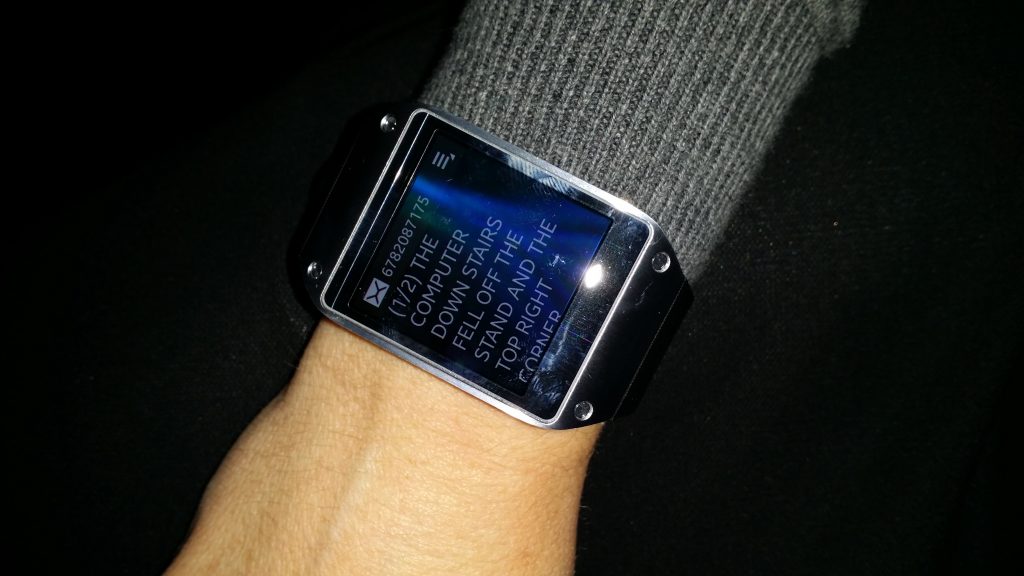 So I politely excused myself from the theater and called my sister, figuring that my niece would have probably called her first.  The text I saw on my Gear was from my daughter (who, if you will remember, has her own cell phone).  So I spoke with my sister to get the scoop, and then went back into the theater.  My sister forwarded me the image that her daughter had texted her… 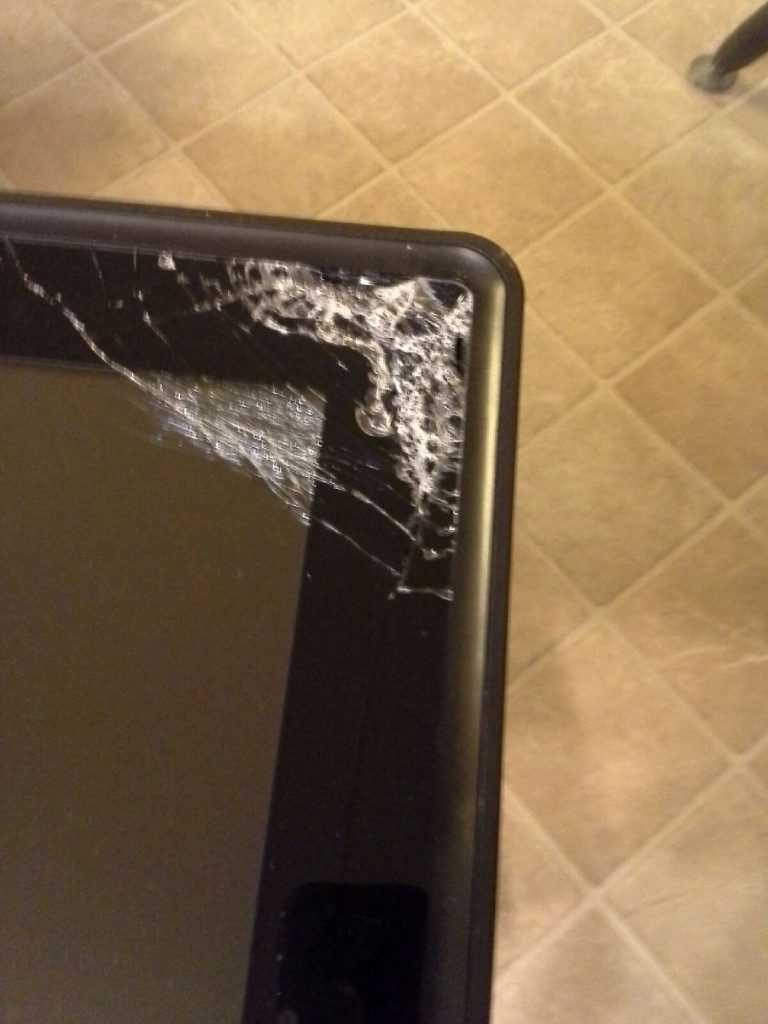 My poor 27″ Lenovo Horizon!!!  Which was only about 2 weeks old at the time of the “incident”

After sitting there for about 5 more minutes, I decided I couldn’t handle it anymore and needed to get home to deal with the situation.  So I excused myself again.  Fortunately I had actually already seen the movie.  It was Saving Mr. Banks, which by the way is FANTASTIC!  I drove home fuming!  Ready to never let my children play with anything ever again.  I got home and asked to know EXACTLY where everyone was when it happened.  As it turned out my kids weren’t even in the room, and my niece was moving the computer when she accidentally dropped it.  I was really mad, I drove my niece home, and I found out later she cried herself to sleep.  I felt really bad the next day, and bought her the Frozen soundtrack to say “I’m Sorry”

We were able to send it in to Lenovo’s repair center and they fixed it for us.  So no harm done.

So which leads me to the reason that every Mom should own a Galaxy Gear.  Had this been a real legit medical emergency (and not just an electronic one), I would have wanted to know about it right away.  I always turn my ringer completely off in a movie theater, and therefore would not have found out about it until the movie was over.

Not only will it notify me in a darkened theater, but it’s got some other really cool features too…

I can scan a bar code for something I’ve eaten directly into MyFitnessPal from the Gear.  I can also quickly view how many calories I have left for the day with the same app.

I can change the face of my watch to match my own personal style… and there are tons of apps to make the choices almost unlimited!

I can start my run with Runtastic directly on the Gear (since the phone is usually strapped on to my arm, making it difficult to start the run without becoming a contortionist).  I’m also able to view my current pace on the Gear which makes it nice since, again, I can’t really see the actual phone as it’s strapped to my arm.

I can read articles I’ve saved to Pocket on the Gear!

I can add something to Evernote, like snap a quick picture of a receipt for tax purposes.

There are a ton of other things I can do with my Galaxy Gear, and they’ve just announced version 2!  Although, I’ve got my eye on the Gear Fit!

Disclosure:  I was given the Samsung Galaxy Gear to check it out and facilitate this review.  All opinions and electronic emergencies are my own.