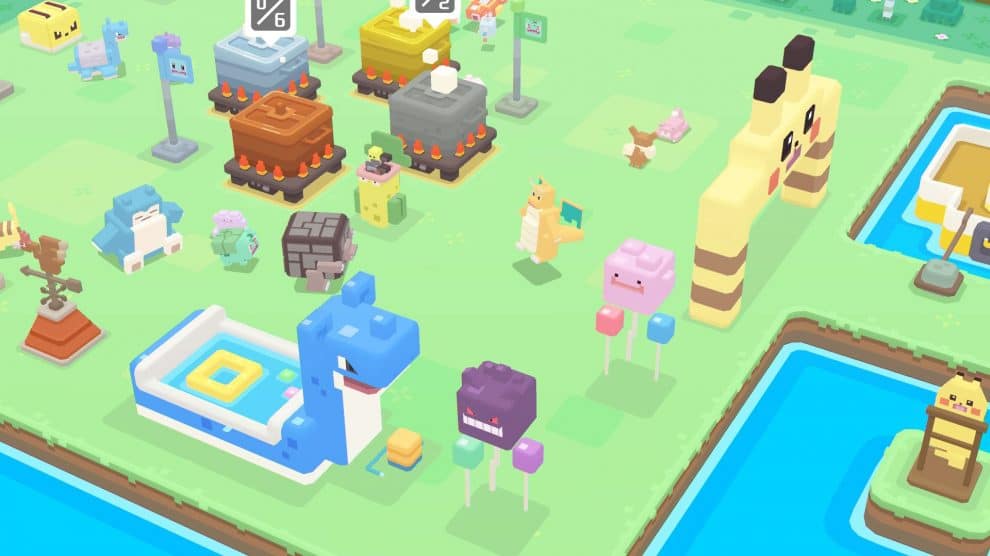 Sarah Werle Kimmel familytechsarahekimmelsarah.kimmel
Add Comment
Nintendo is now offering a free to play Pokemon game for the Nintendo Switch called Pokemon Quest. The RPG feels a little like Minecraft, which means kids are going to love it.

Nintendo dropped a few huge announcements yesterday about a new free Nintendo Switch Pokemon game that have been released today, and a couple new Pokemon games for the Nintendo Switch releasing later this year. My daughter was so excited about the games that are coming in November she was nearly screaming watching the trailer. We had to tell her to calm down more than once.

According to the company, Pokémon Quest is an action RPG (Role Playing Game), and is available today on Nintendo eShop. Developed by GAME FREAK, Pokémon Quest takes players across Tumblecube Island. On the island, everything is a cube—including the Pokémon. This feature makes it look an awful lot like a soft version of Minecraft. Players can travel through the entire island hunting for treasure, battling with wild Pokémon, discovering unexplored territories, and even cooking tasty treats to tempt new Pokémon to join your party.

Gameplay features of Pokémon Quest include:

Parental warning: the game does have in-game purchases, so make sure you are clear with your children they are not allowed to purchase in-game items, or set up the e-shop restrictions on the Switch.

View the trailer for Pokemon Quest

I will be downloading the game today, and hope to offer a full game review on the site soon. Be on the lookout!

Facebook Introduces Lip Sync Live
Why is My Baby Crying? This App Could Have the Answer