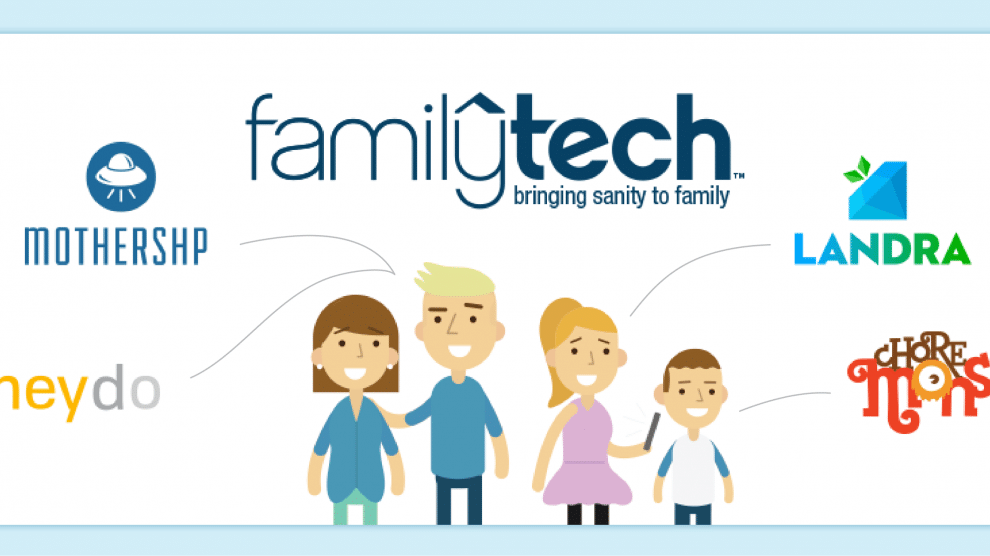 Sarah Werle Kimmel familytechsarahekimmelsarah.kimmel
Add Comment
Given our similar names (FamilyTech) I get a lot of questions on what happened to Choremonster. Find out here!


Gather ’round kids! I have a story to tell you about what happened to Choremonster, and what you can do about it. Way back when I was rebranding my Tech4Moms website to Family Tech Zone to reach a broader audience, I went to try and purchase the URL FamilyTech.com. The domain, at the time, was available but far too expensive for little old me.

I added the zone, for the URL, but mainly went by just @FamilyTech on all social platforms. Since that was what I REALLY wanted to call the website. I have been so happy with that decision since the day I made it, but always lamented that I couldn’t afford the .com when it was still available.

One day, several years later I received an email from Family Tech! I was shocked! Hey, that’s MY brand! I checked it out, and apparently the company that created the app called Choremonster had created a few more apps to help the entire family called Mothership and HoneyDo.

The company branded the entire suite of apps under the company name Family Tech. I was disappointed, but at that point, there was nothing I could do to go back and buy the URL when I had the chance.

Recently, as I was getting everything organized for my new businesses, which include in-home tech support, public speaking, and live classes, I wanted to see what was going on with my good friends over at Family Tech, since I would be branding several new platforms with the Family Tech name. I was shocked to see that the website was completely gone!

I checked the company’s social profiles and it looked like they had gone dark about a year ago. I checked for the apps in the Google Play Store, and they are missing from there too. From what I could tell, the company has gone out of business.

I reached out to members of the company I had been in touch with while they were still around, and they have moved on to other ventures. As far as Choremonster and FamilyTech are concerned though, the people I spoke to were unable to talk about the program or company. It’s possible that some sort of litigation with non-disclosure agreements is currently ongoing.

I am still actively working on getting my domain url from them, especially if they won’t be using it, but I’m not making much progress. I did register the .biz instead so definitely check out all of my properties at FamilyTech.biz.

What chore app should I use instead of Choremonster?

I have used several different chore apps, and they honestly just keep getting better. My current favorite is Greenlight. The main reason I love Greenlight is I was able to get debit cards for my kids that are completely managed and controlled by me.

If I want them to only be able to spend money at a particular store, I can set that up. It also helps that I don’t have to go to the bank to get cash for their allowance. The money gets transferred to their accounts automatically. They can even split up their money into savings and giving sections too.

As I was talking about chores though, the Greenlight card allows you to set up chores and your kids can check them off in their app. You will get a reminder at the end of the week to pause or allow the allowance to transfer to their account. If they haven’t done their chores, you just pause the allowance.

The chores section isn’t quite as robust as I would like it to be, but the attached debit card totally makes up for it in my book.

Another app I have used in the past is Rooster Money. I love the way chores can be set up and how I can approve that it has actually been done. The user interface is great and has giving and savings sections for them to separate their money into as well.

While I haven’t tested this one out yet, it looks extremely promising. Like Greenlight it allows you to pay your children with real money. Unlike Greenlight, it can actually use accounts you have already set up. So I can connect my bank account, and transfer allowance directly to my child’s already created bank account.

One thing Homey is lacking is the ability to separate your money into spending, savings, and giving. This feature is really important for me.

So, while Choremonster might be dead and gone, there are plenty of other chore tracking apps. One of them is sure to work great for your family. Check out a few and see which ones have the features that are most important for you.