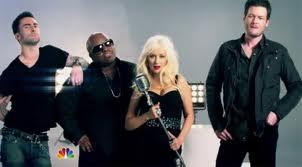 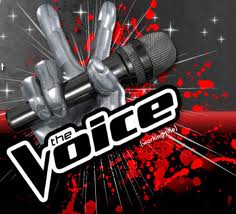 The last month or so, I’ve been in love with a TV show.  It’s called the Voice, and they nailed it when it comes to interacting with their audience.  I initially tuned in because Christina Aguilera is one of my favorite artists.  When I tuned in though they featured live tweets from the “coaches” (ie the famous people judging and commenting on the show), live tweets from the show’s contestants, and an entire social media room where Allison Haislip (geeks of the G4 variety will totally know who she is!) would read tweets from viewers asking the contestants questions, and generally keep the social media ball rolling during the show.

1. It allows viewers to interact with the show and it’s contestants and stars.  Today we expect transparency, and we expect to be able to interact with even the heads of major corporations.  For a show to include that aspect, it will (and did) make it extremely popular.

2. It gives advertisers more of a chance.  Not that I’m a huge fan of commercials, but being in the blogging business, I understand that in order to get paid for what I do, I need to get advertisers.  Content isn’t free, you pay for it whether it’s tolerating a banner ad on my site, or sitting through a commercial.  There has to be a way to pay the stars and production costs of these shows.  In the world of DVR that we live in, nobody watches TV in real time.  You DVR it so you can watch it on your own time, and so you can fast forward through the commercials.  As we do this, you’ll see more and more advertisements directly within the show itself, where it seems so much more out of place.  I saw that type of product placement a lot on Bones this last season.  If a program can show that the majority of the viewers will watch in real time, they can get some great commercials!  Hence the awesome quality of Superbowl commercials.

3. It allows fans to interact with each other.  Just as a Twitter party allows people to get together at a certain time to discuss various topics, this also allows the entire social media scene to talk about the show with each other.  The show would also put tweets from other fans up on the screen, and tweets from the shows stars!  Each night it was on, something from the show would trend on Twitter worldwide!

The Downfall – If we are going to go off of this live interaction model, then the show needs to be on live across the US.  I am aware that this is extremely difficult to do, as 9:00 PM on the east coast means 6:00 PM on the west.  When I’m on Twitter finding out who won on the Voice from my Twitter stream on accident instead of actually during the show it’s kinda a buzzkill.  Plus the west coast always misses out on the ability to actually interact with the show.  So if you are going to do this huge media push, make it live across the board, instead of just letting the east coast in on the fun.

All of that being said, I was thrilled for this show’s format.  It proved they really “get” social media, and were willing to harness the power of it to it’s advantage.  I hope more shows will take a lesson from this and watching shows in real time may just come back!

VLOG: Why I Finally Went With Chrome
Interesting Shifts in Music in My Time