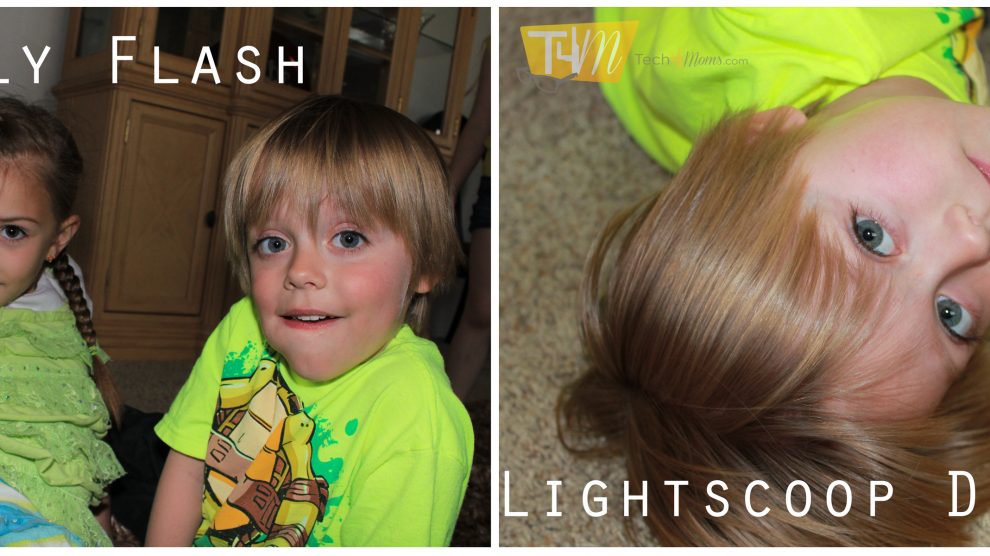 The Lightscoop deluxe. What in the world is that, you ask? It’s a little gadget that minimizes the symptoms of ugly flash. Taking photos indoors is a necessary evil, and unless you are next to a big window, or in a professional studio with an expensive lighting kit all set and ready to go, you’ve probably noticed the problems that flash photography causes.

I’m talking about washed out subjects, dark background, odd color casts and the like. I have a mini battle inside me every time I take a picture indoors. If I don’t use my flash—adjusting the ISO, exposure, and shutter speed instead—it often ends with grainy, or blurry, but well lit photos. Which is worse? Flash or no flash?

I was sitting in a workshop when the featured photographer mentioned the Lightscoop. Say what now? There’s a fix for ugly flash? My mind was effectively blown. So I set to work trying to get my hands on one, so I could solve my own flash problems.

So, being a somewhat impatient person, I went and bought myself the Lightscoop Original. The good news is that after contacting the Lightscoop company, telling them I wanted to test their product, they sent me the Lightscoop Deluxe for free. I’ve had them for a couple months now, and I must say I’ve been pretty pleased. I take lots of photos of products for reviews I do for this site, lots of gorgeous tech. Regular flash puts a glare on the beautiful screens I’m trying to capture, and casts deep shadows from the product as well. It’s no good.

How does it help? The Lightscoop is just a little mirror that you attach to your DSLR pop-up flash. It reflects the flash onto the wall you have it pointed at, which then bounces to the ceiling, and other walls in the general vicinity. All this light bouncing around fills the space with light instead of having the equivalent of a flood light pointed at your subject and stopping there. Lighttscoop works like a super compact fill flash, keeping your subject free of glares, minimizing shadows and lighting up the background. It’s kind of miraculous.

There are some limitations though. You have to be within three to four feet of a wall you can bounce the flash off of, and it doesn’t work well in rooms with vaulted ceilings (see the above example). The light needs something semi close to bounce off of. This is where the Deluxe exceeds the capabilities of the Original. The original is always pointed directly behind you, whereas the Deluxe can swivel, enabling you to aim it at different walls for maximum efficiency. And I will admit, there is a little bit of scientific method involved in learning the best way to point your Lightscoop for the best effects.

With all that said, I really like the Lighscoop Deluxe. It makes my photo editing so much easier.

*all of the above images are straight out of my camera, and with the exception of adding text to the photos, they have not been post processed or doctored at all.