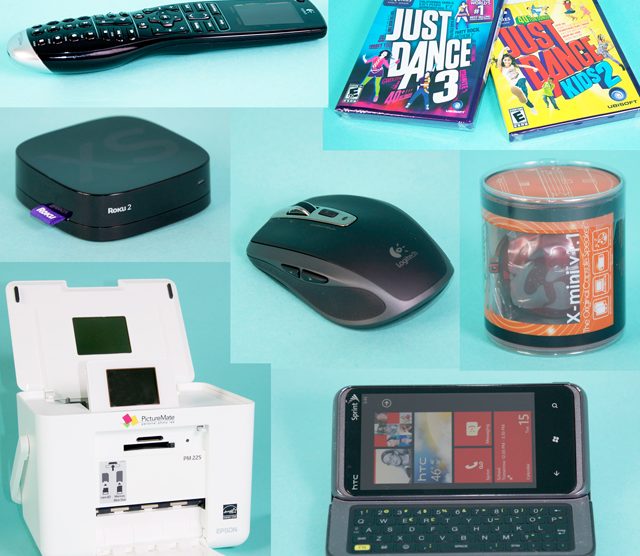 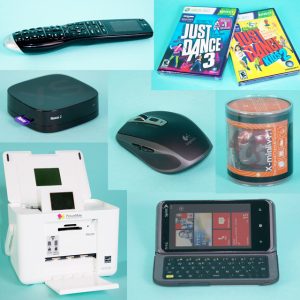 It’s that time of year again.  I KNOW!  Already?  Crazy how it sneaks up on you!  Now if only Target would get those white chocolate covered Oreos out, my holidays could REALLY start!  I wanted to get my gift guide out before Black Friday though, so you can get your shopping list all ready to snag some great deals!  There is an added bonus with my gift guide this year (which I plan on continuing EVERY year).  I’m GIVING AWAY the ENTIRE GUIDE!!!!  Yep, that’s right, everything on this list will go to ONE lucky winner!  Fill out the entry form located at the bottom of this post.  One entry per person, see official rules.

For the Busy On-the-Go Person:

Splurge: Windows Phone 7 Smartphone – Variable depending on model, contract & carrier – This is the operating system I’ve been waiting for!  I overheard at my husband’s work a couple of teenagers talking.  They were talking about what kind of phone to get and someone suggested iPhone.  The teenager said “my DAD has an iPhone, I’m getting something else”.  It warmed my little Microsoft loving heart.  The truth is that iOS is the same layout that Palm had back in 1997.  It looks much prettier now, but it’s still just a wall of apps.  Windows Phone 7 is so much more dynamic!  With the live tiles and the gorgeous interface of the majority of the apps, it’s the new stylish operating system for your mobile devices.  With live tiles you can see exactly what’s important at a glance, and get back to real life.  Plus all Windows Phone 7 smartphones have a dedicated camera button, so you never have to miss a moment!

Affordable: X-mini v1.1 Speaker – $19.99 –  Want powerful sound wherever you go?  Look no further than the X-Mini speaker.  Don’t be fooled by it’s super tiny size.  This thing packs a serious sound punch.  With an integrated cable to connect your phone or mp3 player, packing this along is all you’ll need to listen to your collection of music at the beach or the park.  Unless of course you want to carry around a boom box on your shoulders like in the 80’s.  Top THAT!

Splurge: Epson PictureMate Charm printer – $149.99 – This little photo printer makes “one-hour photo” obsolete.  Do you remember when you’d have to take an entire roll of film before you could go get it developed?  Yeah, me neither… I swear I’m not that old.  Now you can snap a picture in your digital camera, transfer your SD card to this little printer, and have your picture IN HAND minutes after it’s been taken!  I know you have a ton of pictures that sit forever and die on your computer.  Don’t let it happen to you!  The paper quality and print quality of the photos is just like you would get from your favorite photo developer.  Ink and paper doesn’t cost an arm and a leg either. 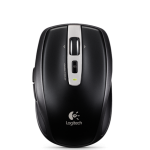 Affordable: Logitech Anywhere MX Mouse – $59.99 – I am literally IN LOVE with this mouse.  I have used it on my clear glass office desk, on my couch, on my knee, on the little wooden arm of our chair in the family room, on my son’s head, you get the picture.  Seriously, when they say Anywhere, they mean ANYWHERE.  The mouse has what Logitech calls Darkfield Laser tracking, which allows it to work on just about any surface you can think of.  My kitchen table is also a shiny tile surface, where many laser mouses will not work.  This one does!  I reviewed it’s big brother last year, the Performance Mouse MX, and this one has the same great features, but is much more portable for toting along with my laptop.

For the Camera Toting Gal: 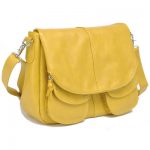 Splurge: JoTotes Handbag – $109ish (depending on selected sytle) – Many women now have a DSLR camera, even if they aren’t professional photographers.  We all want to take awesome pictures of our kids!  In order to get that absolutely perfect shot, you gotta have your camera with you at all times, but who really wants to carry a purse AND a camera case?  Not me!  That’s why when I saw these purses that have protective compartments for things like your phone your camera, and even an extra lens, it was exactly what I was looking for.  The purse designs are incredibly stylish, and I can feel comfortable throwing my DSLR in the purse without feeling like it will get damaged from the other things lurking in my purse. 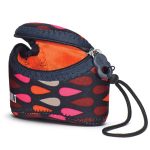 Affordable: Built Soft Shell Camera Case – $15.99 – If you haven’t quite made the leap to a DSLR, you still need to protect your camera before throwing it into your purse.  The inner lining of this case is plush, so your LCD screen won’t get damaged, and the outside neoprene to help protect the outside from the elements (or from the scratchy keys rolling around in your purse).  As an added bonus, it has a small interior pocket to store an extra battery or SD card.

For the Movie/Home Theater Buff: 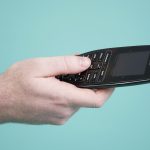 Splurge: Logitech Harmony One Remote – $199.99 – I know what you are thinking…. really?  That much for a REMOTE?  Trust me though, you will wonder how you ever survived before Harmony came into your life.  I love this remote so much that I also included it in the gift guide last year!  (I’d be willing to bet it makes the cut again next year too)  The Harmony is the absolute end all be all in remote controls.  You can toss out every single other remote you have.  You press one button, and it will turn on your TV, turn on your dvd player, and tune everything to the correct input to make sure the picture shows up.  I’ve seen the remote controls with the big list of instructions on the back for each function.  You don’t need that with Harmony.  It’s all programmed (very easily I might add) from your computer.  Just enter the device model numbers into the computer software, sync and you are done!  Seriously, this remote is the BEST! 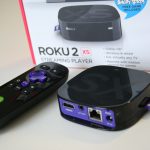 Affordable: Roku 2 – $50-$100 depending on model – This is a video streaming device so you can watch Netflix, Hulu, Amazon Instant Video, HBO, and so many more on your TV instead of just on your laptop’s screen.  The device itself is tiny, but the streaming quality is fantastic.  Even in the wifi black hole that is my daughter’s room.  An added bonus on the XS model is the ability to play Angry Birds!  Seriously, you haven’t played Angry Birds until you’ve played it on my 60″ TV.  SO. MUCH. FUN!  Buying this for the Movie/Home Theater buff in your life could allow them to cancel their monthly cable bill all together, saving them money for the coming year! 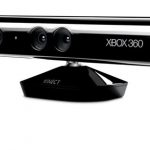 Splurge: Xbox Kinect – $150 (for just the Kinect, $299 for the xbox bundled with Kinect) – We have had so much fun playing with our Xbox with Kinect.  Even my 2 year old has been able to get in on the action.  I like using Ubisoft’s Your Shape Fitness for my workouts (I’ve always been a work out at home kind of girl, and this way I know exactly if I’m doing the moves right or not).  My daughter is in love with just about all of the Kinect games.  She especially loves the Kinect Fun Labs where you can take a toy, scan it in, and then interact with the toy on the screen.  So she will take her favorite stuffed animal, make a “googly eye” of it, and then as she runs around and jumps the stuffed animal mimics her motions.  She can’t get enough of this, and has even made a Googly Eye of a Spaghettios can.  All of the Kinect games are really physical and interactive, which is perfect for my kids to get some energy out when the weather is poor.  I don’t even mind that they are playing a video game because it is usually so physical! 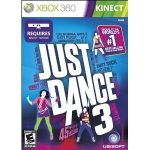 Affordable: Just Dance 3 or Just Dance Kids 2 – $30-$40 – I’m not going to hide the fact that I have slim to no coordination abilities.  Seriously, I’m the worst at the Guitar Hero type games, because as soon as my brain registers that I’m supposed to press “yellow” the game has already moved on to the next 3 colors.  This game though, I can do.  Just not the super complicated ones.  Also it’s so much fun to have my girlfriends come over and have us all dance crazy and have a blast.  I love the Kinect version, because it doesn’t require any controllers, so even if we don’t have 4 controllers we can all still get in the game and have fun.  With the Wii version you will have to have additional controllers for everyone to play at once.  The song choices are fun, but I would say most aren’t super appropriate for kids to play, which is why they have Just Dance KIDS 2!  My kids loved playing that, including the 2 year old.  It has songs from their favorite shows like Yo Gabba Gabba, and some good ol’ classics thrown in there as well.  The moves are simple for the kids to pick up, and again it gets them up and moving, which I love! 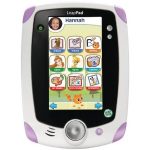 Splurge: LeapPad – $100 – This is the tablet built for kids!  Now they won’t be stealing your tablet just to play games anymore!  Plus the apps and games are much more geared to their age level.  You won’t find them sending emails from your account if they have this tablet!  I love that it comes with a “pen” so they can practice writing and drawing, which are two things my kids LOVE to do.  Plus there are tons of interactive books they can read!  It also has a camera, which is perfect for my little girl that likes to take pictures of EVERYTHING.  The construction is sturdy, so I wouldn’t be nervous about the inevitable falls and tosses.

Affordable: LeapFrog Fridge Words – $25 – This one also made last year’s round up, but really, my husband and I have said that we think the Fridge Letters is how my 2 year old knew is letters by the time he was 18 months old.  We have now moved on to Fridge Words since he’s got his letters down and wants to start putting words together.  Even the 6 year old thinks its fun to put words together with this tool.  The really fun thing is that the letters between the two devices are interchangeable.

**This is not part of the giveaway, but is going to be so hot this holiday season I couldn’t leave it off the list!** 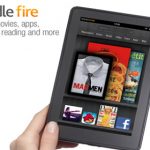 Amazon Kindle Fire: $199 – If you are looking for a tablet/e-reader this holiday season, you don’t need to look any further than the Kindle Fire.  Promising a revolutionary mobile web browser, touch screen, and access to thousands of books, videos, music and several other android based applications, this is going to be the tablet to have!

Disclosure:  I came up with this list, and then contacted the companies to request the product for the giveaway.  Luckily, most of the brands I contacted were completely on board with it!  Thank you to Microsoft, Epson, Logitech, UbiSoft, LeapFrog, Roku, Built, JoTotes and x-mini for being so generous to my readers!

THIS GIVEAWAY IS NOW CLOSED!

Achieving Your Health Goals With Tech