Recently, I had the wonderful opportunity to attend the 2nd annual Playstation Experience in San Francisco. For those of you not familiar with the gaming industry, this is a big deal. This would be like attending a Ted Conference, or an Apple Keynote. The Playstation Experience or PSX, is exclusive to Sony Playstation games where they showcase all the new gaming titles coming out in the next few months, or years. PSX offers an array of oooos and ahhhs, catering to the needs of every type of gamer casual or hardcore. 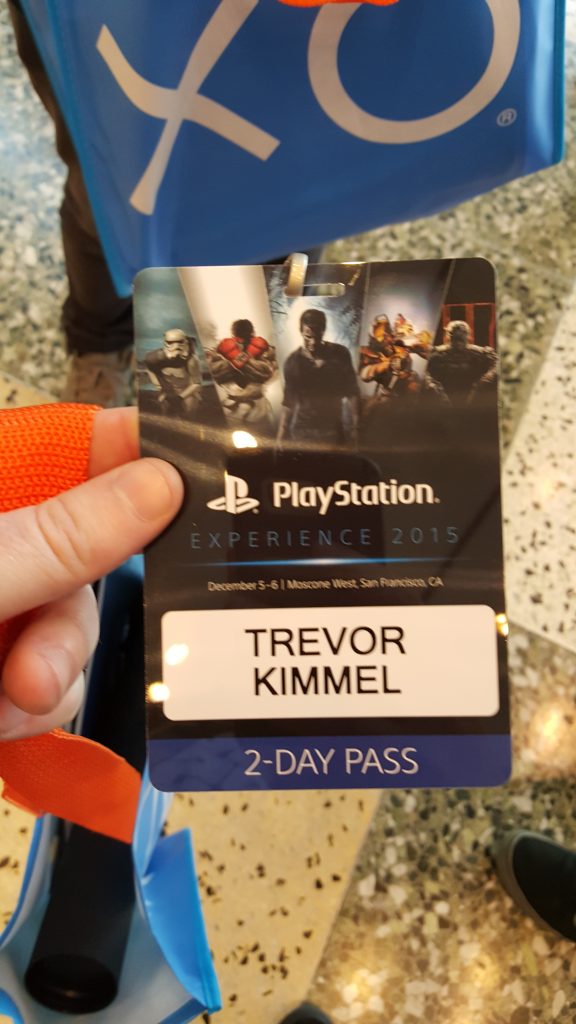 The event kicked off with a keynote. The intro video gave us a brief history of gaming and how far we’ve come since the glory days of the arcade. As shown in the first 2 1/2 minutes of this video.

Right out of the gate, they showed us some amazing gameplay footage of the Playstation 4 exclusive, Uncharted 4. The Uncharted series has been one the Playstaion 4’s highly coveted games, and one of it’s leading gaming titles. Last month, they released the series in an HD remaster for the PS4 to showcase the graphics capacity of the PS4. The first Uncharted debuted in 2007 for the PS3, and since then, they have had two sequels. The Uncharted HD remastered collection is the first time an Uncharted game has been available for the PS4.

The Uncharted series has always been a pretty linear platform, giving you little or no choice on the outcome of the game. Until now. Uncharted 4 is the first in the series to be a “choice and consequence” game. Meaning, well, exactly that. You are given a choice at certain points in the game, and what you choose affects the story and your gameplay.

Uncharted 4 is slated for release exclusively to the PS4 in early spring.

With the gameplay footage of Uncharted 4 being the very frist thing they show at PSX, we wondered what else they had in store. It turns out they decided to fire another round.

That’s right. Final Fantasy VII. Argueably, the greatest video game in history. I’ve never been a fan of the series, and specifically this game. I’ve never been interested in turn-based RPG games and never understood the obsession with Final Fantasy VII. However, I love and respect the gaming community and their passion for this game. It’s pretty much the biggest game that has ever come out for the the first generation of the Playstation, back in 1997. While not a fan of the series, I was blown away by the new gameplay footage with updated HD graphics. They also showcased voice over acting, and a new “hack-n-slash” style of gameplay vs. the previous “turn-based” style that has been a staple of the Final Fantasy series.

Quite frankly, this “new” game piqued my interest. And it just may be the game that gets me to like the series that so many gamers love.

For those who picked up a copy of Star Wars: Battlefront last month, which in my opinion, is the best looking video game in … well … ever, PSX released a new map called The Battle of Jakku which was playable on the demo floor. It’s available for download now.

Capcom showed off some new characters for Street Fighter 5 and like all the other Street Fighter games, I didn’t pass on the opportunity to take a nap. I’m so burnt out on these games, I think I’ve lost interest playing them since 1992. However, Capcom continues to release these games because there are fans that play them. A lot of fans. Worldwide. In fact, at PSX they had the annual Capcom Cup where players from around the world compete for a grand prize of $120,000. The competition was made up of 32 players, but only one walked away with the grand prize. 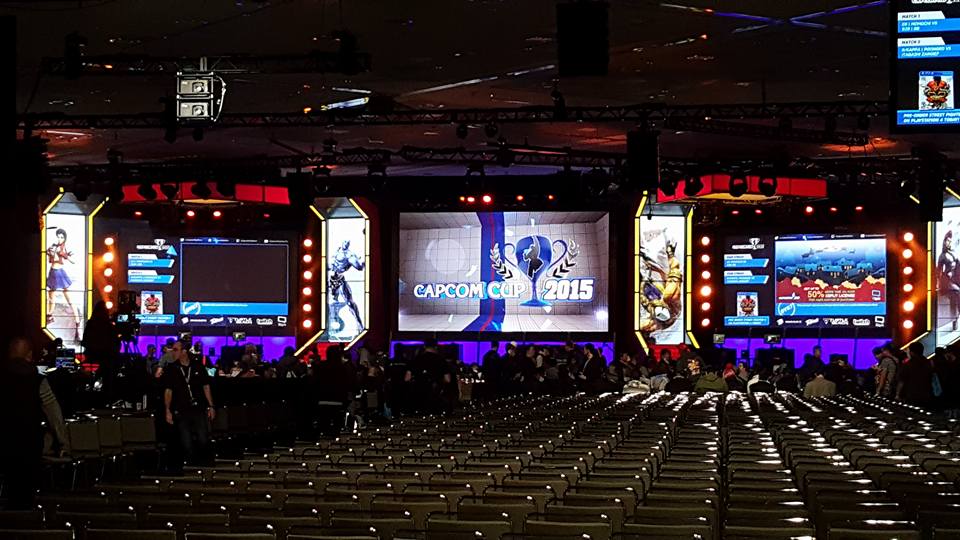 A bunch of new indie games were announced during PSX. Most of which I was able to play in the demo booths. Some of the games announced are:

All these games listed above are being developed by [adult swim] which some of you may know, makes excellent tv shows like Robot Chicken, Harvey Birdman, and Aqua Teen Hunger Force.

Tim Schafer from Double Fine Productions was on the scene to announce the HD port of Day of the Tentacle and Full Thottle which were originally made for PC and Mac back in 1993. Since Tim left Lucasarts and started Double Fine, they have created games like Psychonauts and Brutal Legend. It was also announced that there will be a sequel to Psychonauts, slated for a 2018 release.

Fat Princess Adventures is available for download from the Playstation Store. 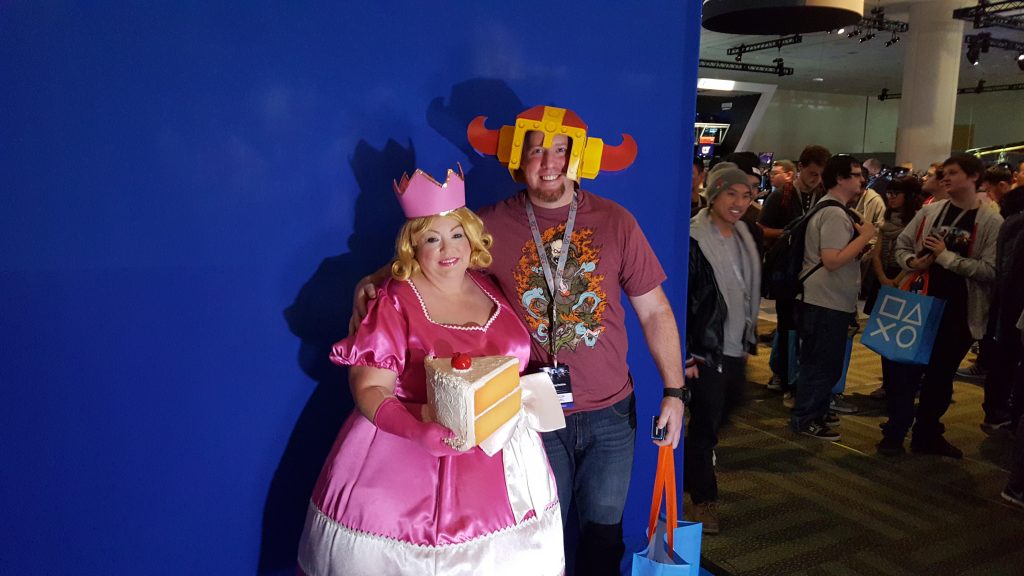 Lastly, we were given a lengthy demo of the HD re-master of Ratchet and Clank, which made its debut on the PS2 back in 2002. An excellent series for gamers young and old. This will be the first game in the series to hit the PS4. The game is slated for an early spring release to coincide with the launch of the Ratchet and Clank movie. 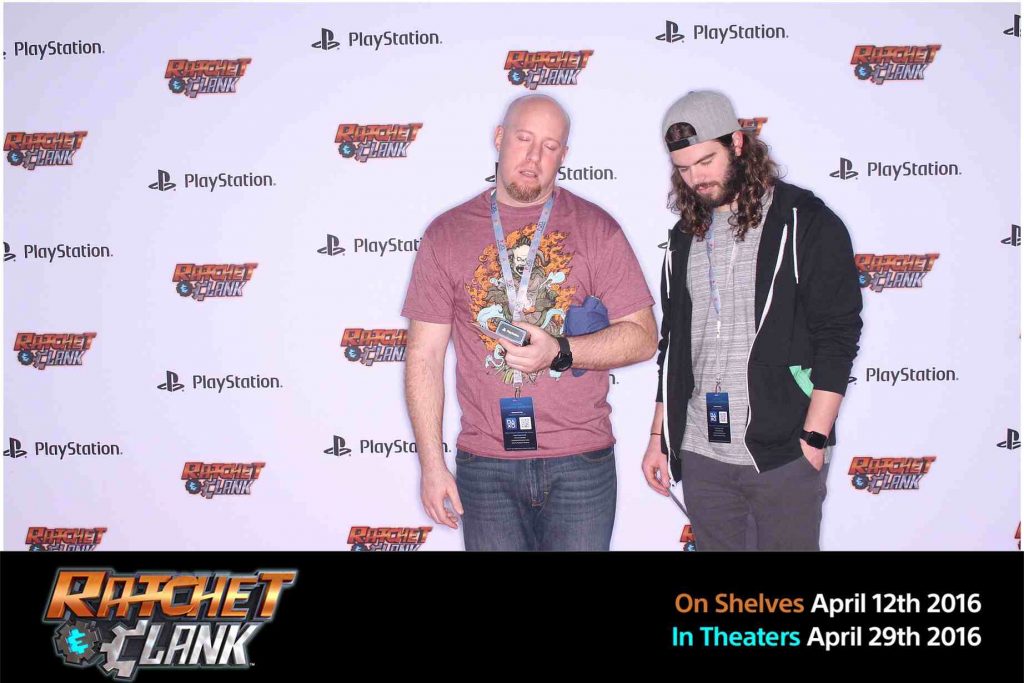 (Yes. Our eyes are closed. It was an exhausting day. But rewarding!)

During the weekend of gaming festivities, one of the biggest parts of the event was all the playable demos. Not just demos, but full multiplayer fun of Call of Duty: Black Ops III, Star Wars: Battlefront III, and Uncharted 4. Here’s some of the demos I was able to play: 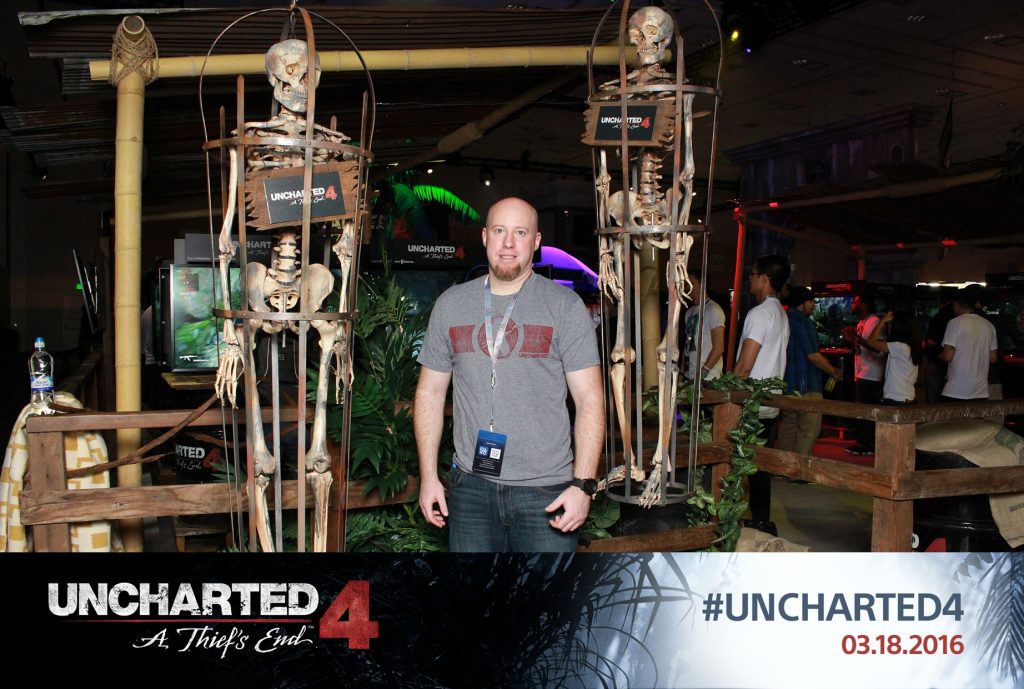 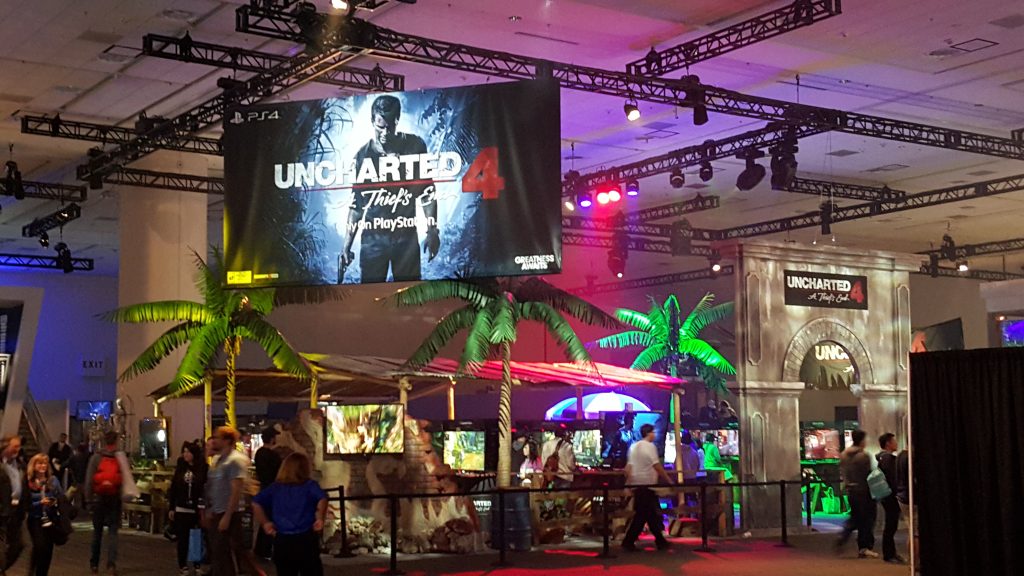 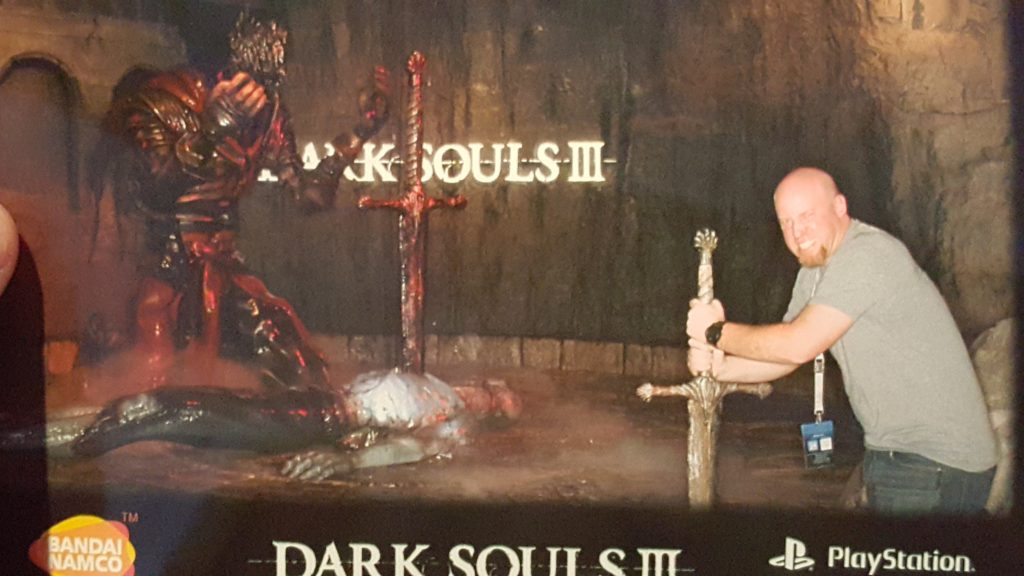 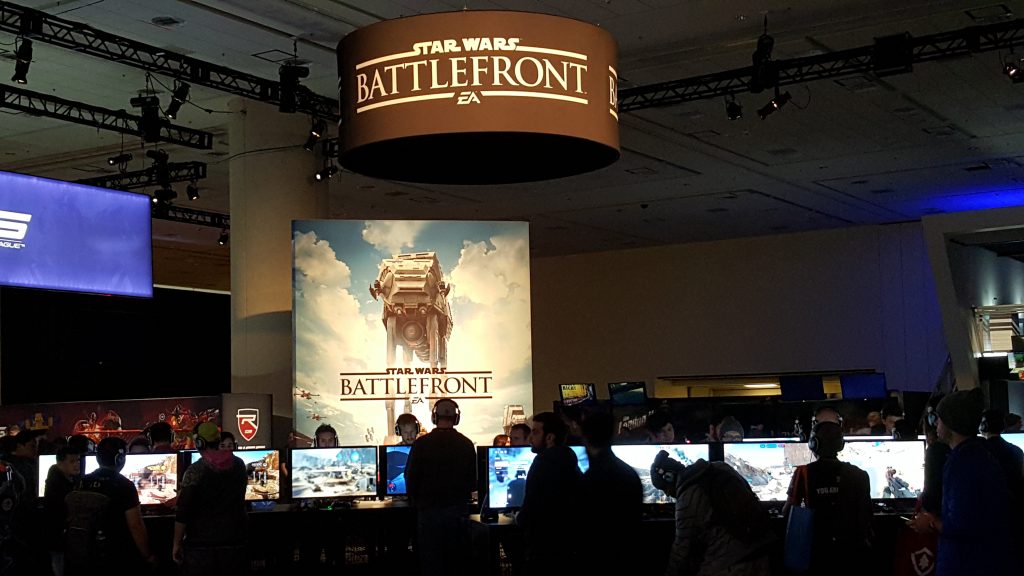 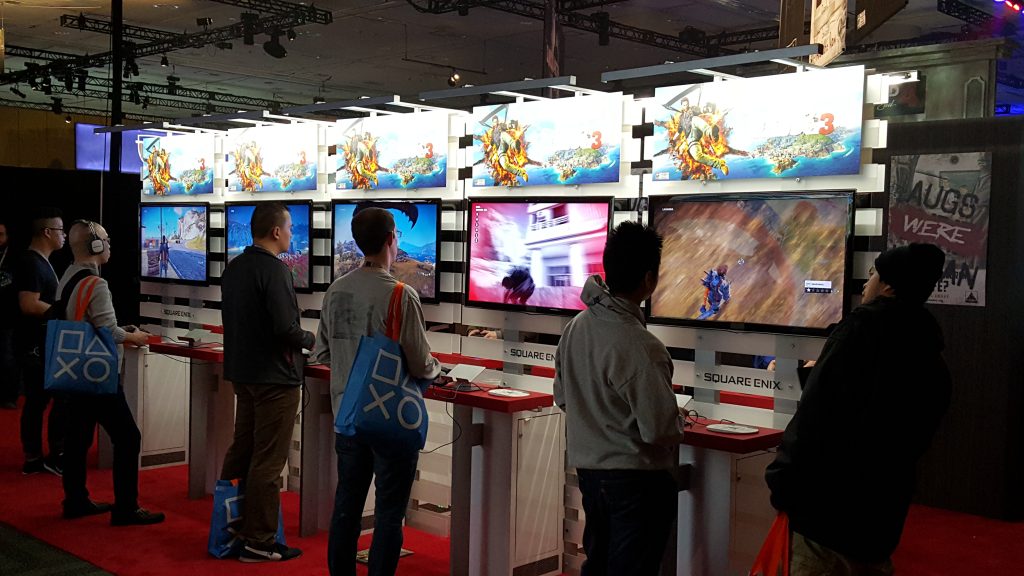 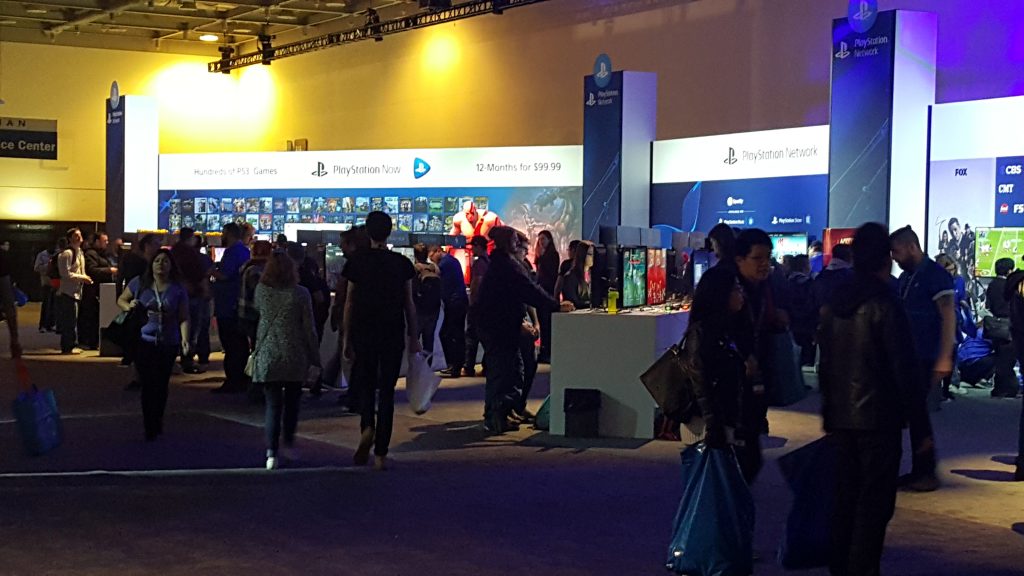 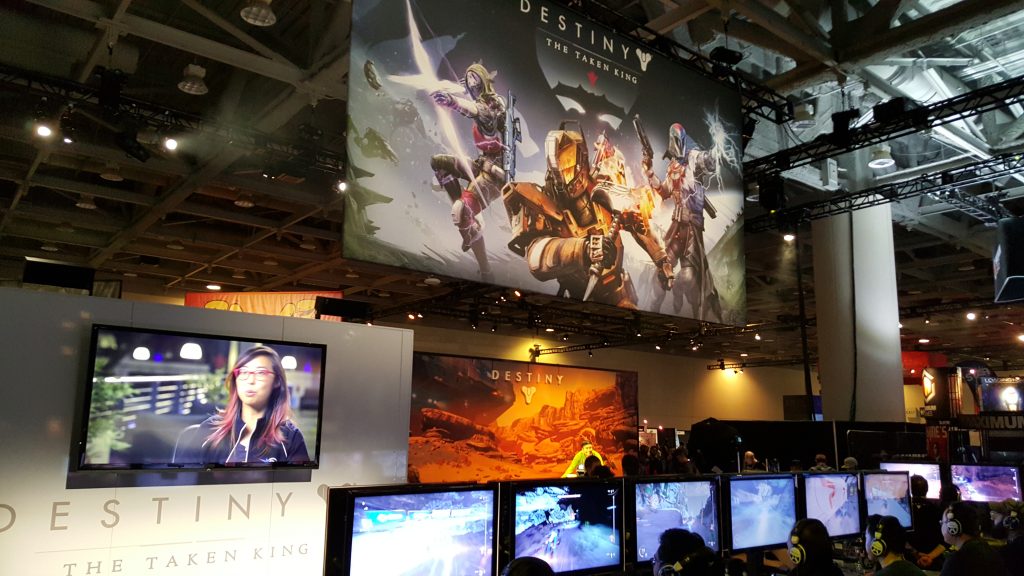 One of the highlights of the two day event was the card collecting. At first, it sounded pretty lame. But towards the end of the event, it became a quest trying to obtain all 65 cards. As we were walking out of the convention center, we almost became desperate to obtain the last two cards to complete the set. We ended up asking random event goers if they were willing to trade cards or trade anything for certain cards. We offered everything, short of selling our souls. The cards were given to us by vendors at the event, by simply heading over to their booths and playing their demo and learning about the game. It was a win/win for all. Certain cards needed to be obtained by taking first in a multiplayer match like in Destiny: Sparrow Racing League, Uncharted 4, Street Fighter V, and Call of Duty: Black Ops III. Keep in mind, that there were gamers from all over the world attending this event, and most of us had absolutely no chance of taking first in a multiplayer match. 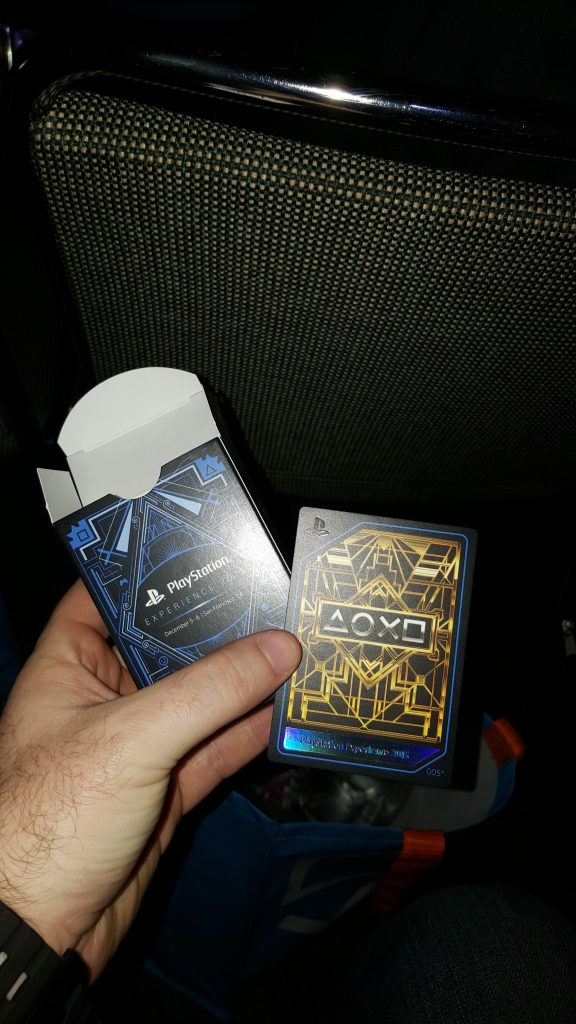 Some of the other cards were obtained by completing certain tasks available to you by the Sony Playstation Experience app. An app that did not require data or wifi, but somehow worked via magic or some other form of sorcery. Through this app, you were given a guide of all the events, keynotes, and panels happening throughout the Experience. It also gave you a list of tasks to complete so you could earn a card. For example, we needed to check in at 10 different places to obtain the silver trophy card. You checked in by scanning your Playstation Experience ID badge which had a QR code on the back of it. 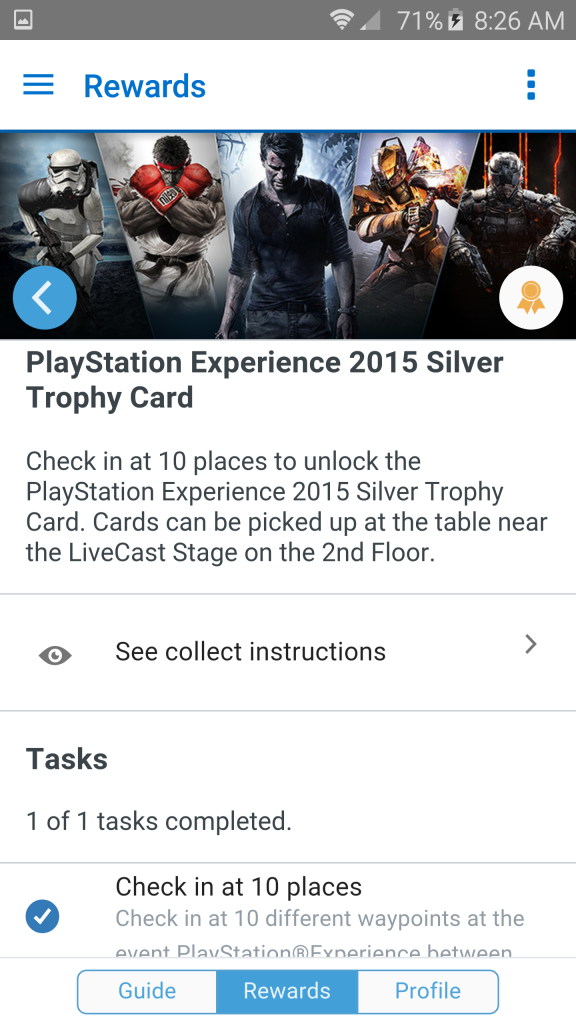 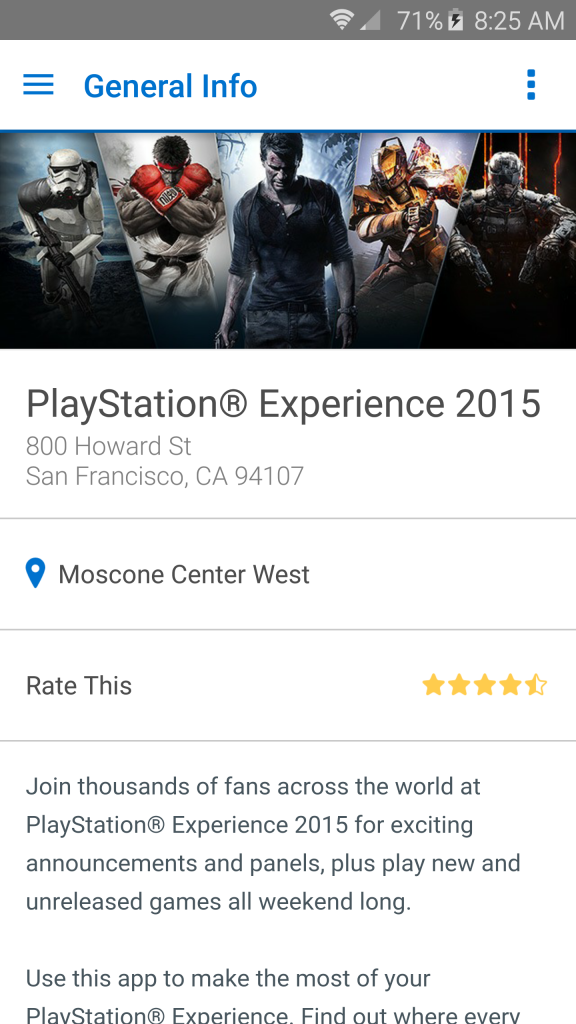 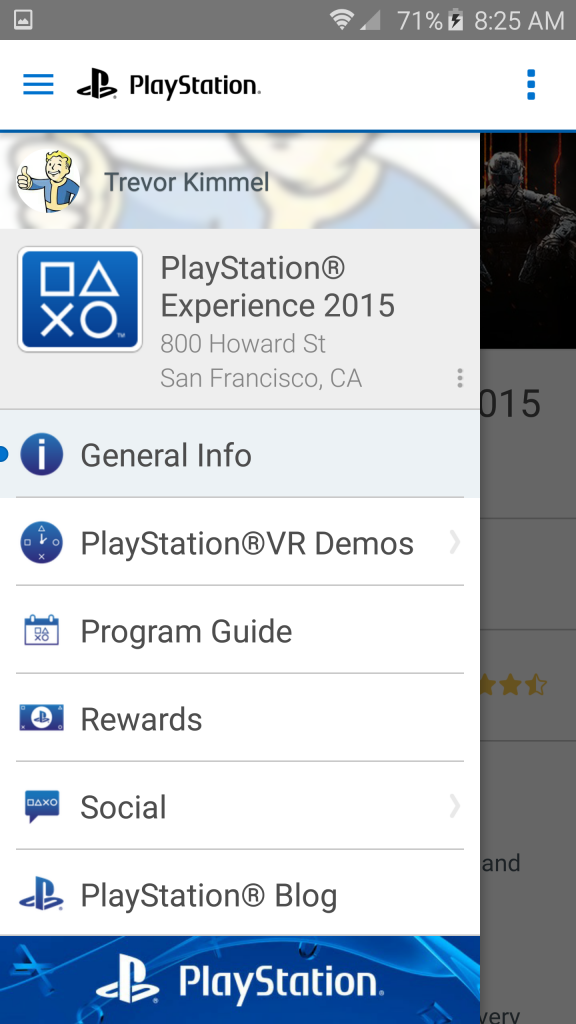 One of the highlights of the Playstation Experience was being able to try out the PS4 Virtual Reality or VR. At first, I was totally meh. But seriously, I’m sold on it. It’s amazing! Any photos or videos will NOT do it justice. They only way to prove how awesome it was, is to actually play it. Rumor is, that it will be available for purchase holiday 2016. 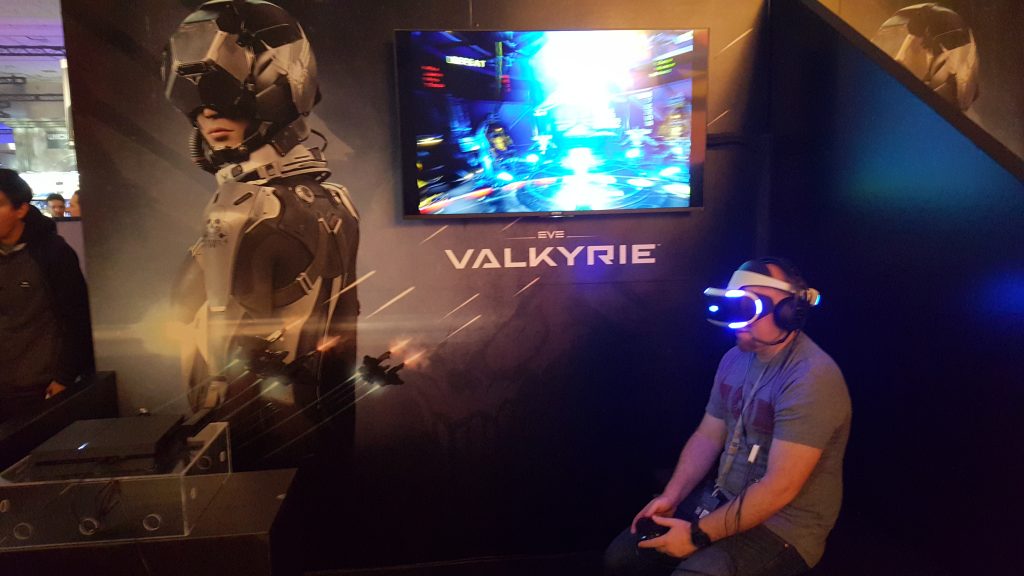 Wrapping up, I want to go back. It was so much fun! For anyone that is a fan of gaming, and especially a fan of the Playstation, this event is a must! Do everything you can to attend next year. Legally.