Now that you have learned the basics of exposure compensation, you should learn all about composition. Here’s a hint, it is not just cheap notebooks you cover in scrapbook paper at girls camp.

Speaking of, if anyone knows where  I can find cheap composition notebooks, I actually need some for girls camp this summer.

Seriously, you guys are the best.

Anywho, we are talking today about good composition with photography.

Now, good composition may not stop grandma from framing up bad pictures the grandkids, but it will certainly help you become a better and more creative photographer.

Let’s start with learning about the Rule of Thirds.

The Rule of Thirds encourages you to take an image and divide it into nine equal parts. This is done by creating two equally-spaced horizontal lines and two equally-spaced vertical lines in your image or viewfinder. Your important compositional elements (or subject matter) should be placed along these lines or their intersections. 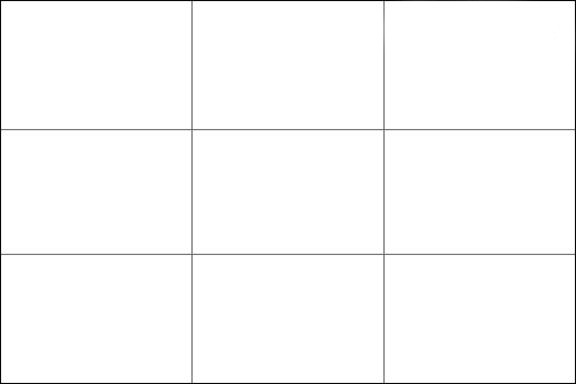 And here it is applied to our subject. Notice that her shoulders are centered, but the eyes are aligned with our first intersection, and not centered in the middle of the photo. In this next photo the shoulders are off center giving the image movement down the arm. Notice the eyes are still aligned in our first line, and again not centered in the middle of the photo. Eyes centered directly in the middle = bad. Even if it’s just for Grandma, don’t do it friends.

When taking landscape or scenic photos, try to center your horizon on one of the intersections as well. Never place the horizon in the middle of a photo. Here is another example of a well balanced horizon line. A basic guideline of the Rule of Thirds is that it’s not ideal to place a subject in the center of a photograph. But sometimes rules can be broken. In the photo below, the baby’s large (and adorable of course) headband allows the subject to be centered  right in the middle of the photo, and still gives the picture an overall aesthetic feel. The busy background also gives the space above her head interest. See? It’s not always black and white.

Haha! That’s funny because this image is in color. In this photo the subject is aligned so that the eyes meet the first intersecting line. The photo is well composed, but a much more interesting and artistic version is below. By including a large amount of negative space, the photo works with the child’s expression and gives the overal image a sense of loneliness and isolation. Your composition can play a large part on what the image tells the viewer.

And like the photo above, it can be a constant reminder to this little guys mother what a stinker he was being while having his picture taken. 🙂

Similarly, there’s many other situations where it might be better to ignore the rule of thirds than to use it. You might want to make your subject look more confronting, for example. Alternatively, you might want to knock things out of balance. It’s totally up to you.

I would suggest starting out with trying to create well balanced images. Practice, and then allow yourself to tweak the rules and have fun making more creative images.

When taking pictures, it is important to ask yourself: what is special about this subject, and what do I want to emphasize? What mood do I want to convey? If the rule of thirds helps you achieve any of these goals, then use it. If not, then don’t let it get in your way. MyPix2Canvas Review
How to Remove “Ads Not By Facebook” from Timeline