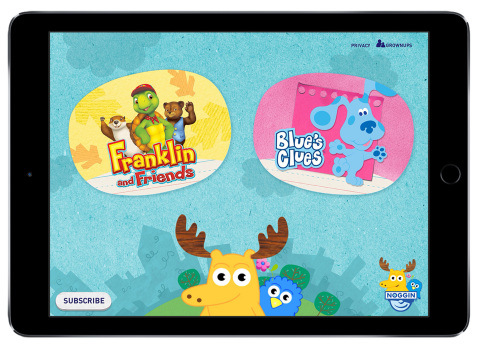 Nickelodeon announced this week that it will be launching a a brand new subscription service for preschoolers featuring shows from their Noggin channel.  The subscription service will cost $5.99/month, and will give you access to full episodes of just about all of your favorite Noggin shows including Blue’s Clues, Little Bear and Ni Hao, Kai-lan.  It will also have short content from Moose and Zee, and other short “in between” shows like the Upsidedown Show.

In an effort to capture the cable cutting crowd, Nickelodeon is offering this new app/service, but I think it falls a little short.  Since Nick wants to keep it’s cable providers happy, it’s keeping some of it’s best and newest content for them.  At 5.99/month that is WAY too expensive to be worth it.  If they were to offer their full line up of shows, it could be worth that fee, but as it stands, MAYBE $1.99 a month would be a better price point.

The service will release as an app for iPhone, iPad and iPod touch beginning on March 5.

I think it’s smart for individual networks to provide a way to pay per channel for cable cutters.  People aren’t willing to spend 150/month for thousands of channels they don’t watch.  They would rather pay individually per channel and get exactly what they want, where they want it.  While this is the right direction for Nick, it’s not the right execution.  I’d skip this app for now.