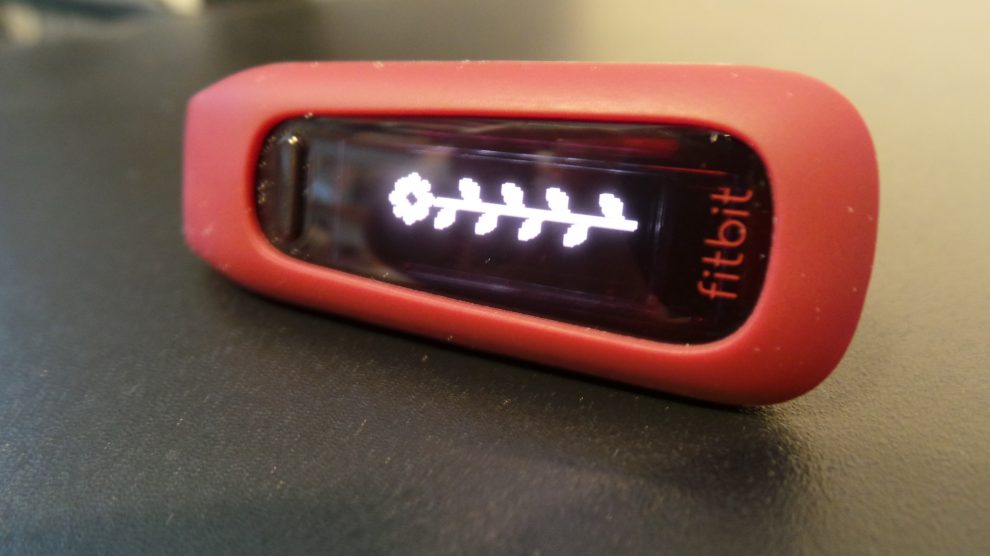 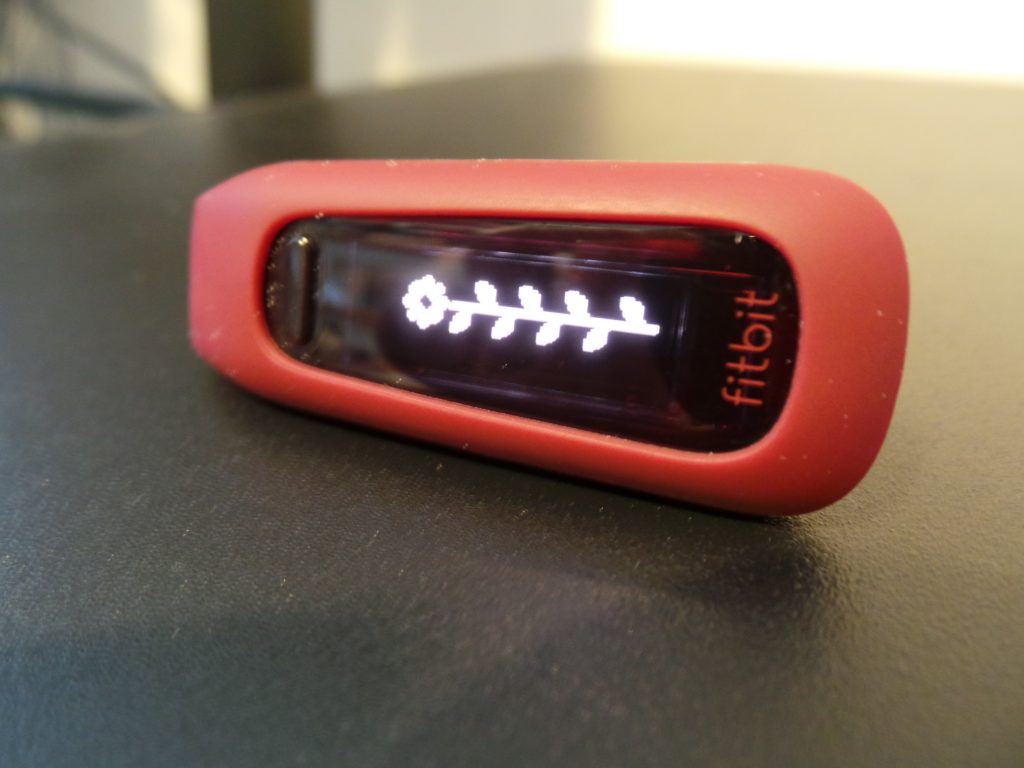 At the beginning of January I had a gift card burning a hole in my pocket.  I was at the register of the AT&T store and saw the fitbit One.  I picked it up, and compared/contrasted it to the fitbit Zip.  I thought to myself, “would I really need/use a sleep tracker?  Was it worth the extra expense to go with the One?  I decided to go for it and purchased the One.  I could not be happier with my decision and purchase, and let me tell ya why!

Who would have thought that a little tiny device would motivate me to do so many things.  I have tried other kinds of fitness trackers before, but I never really liked them until I got the fitbit.  First, it’s very small.  I can clip it to my pants, my bra, my shirt, wherever I want depending on how discrete I want to be about it.  When I was first trying it out, I put it on my bra, but I find that I like to check on my step count throughout the day, so I needed it a bit more accessible.  Which leads me to… 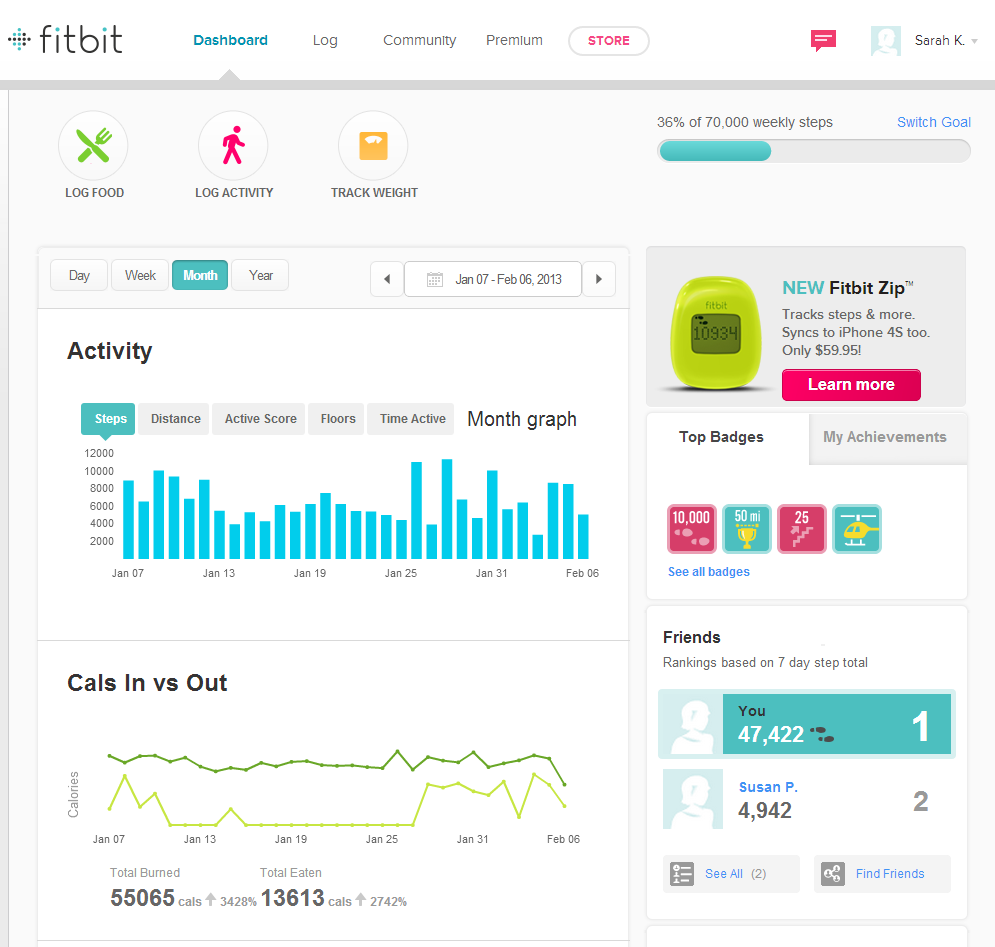 Motivation #1 – Step counts (aka pedometer)  When you sign into fitbit.com it gives you the goal of 10,000 steps a day.  Just between me and you, I’ve been known to either take some extra laps around my house, or do some grapevines in front of the TV to ensure that I make that goal.  I love that I have a goal to shoot for every day, and watching the progress bar get to the end on the website.  What can I say, I’m a sucker for progress bars!  Also, I earned my first 15,000 steps in one day badge on Saturday!  Next goal is 20,000 steps in one day!  It would have to be a Saturday, since I work from 8-5 Monday through Friday.  So it would be difficult to get all those steps in, while seated at my desk all day. 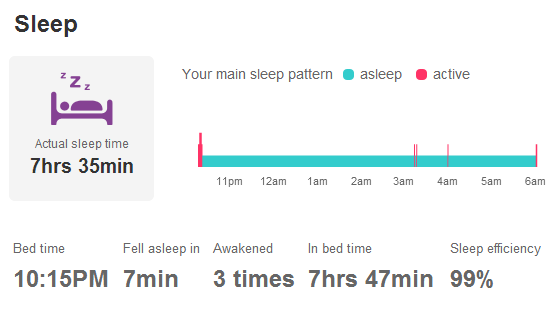 Motivation #2 – Sleep!  Like I mentioned before, I was wary about the Sleep Tracker.  I sleep pretty well, so I thought that it wouldn’t be much of a benefit to me to track my sleep.  I found, though, that now I’m determined to get 8 hours of sleep every night.  I wake up at 5:45, so I know that i need to be in bed by 9:45 if I want it to track 8 hours of sleep. 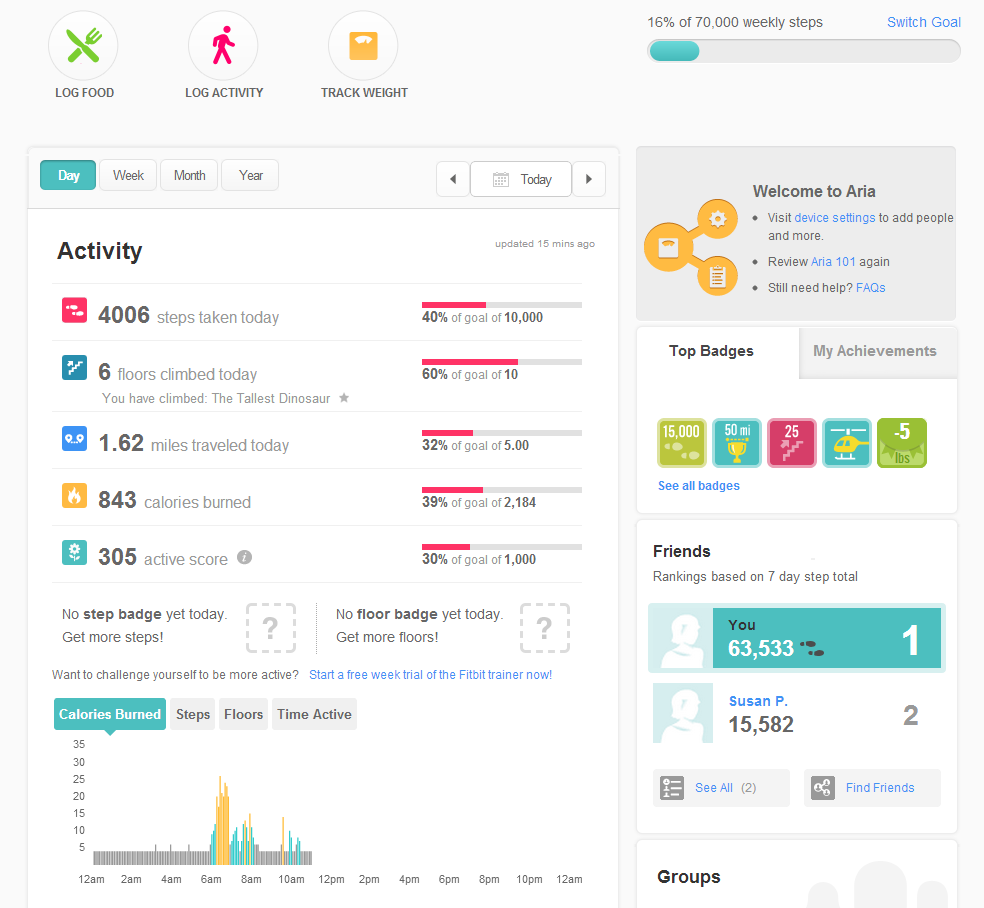 Motivation #3 – The Website!  So, really the tiny little device that keeps track of my every move is the a small part of the whole puzzle.  Where you are really going to find motivation and the tools to get your fitness on track is the website.  You will see charts of your activity, food you are eating (you can enter your food intake right into fitbit.com or you can sync it to MyFitnessPal.com, which is where I usually track my food), and you can even track your weight and measurements!  The website is also where you will see what badges you’ve earned and really get a handle on what your fitness level is.

Motivation #4 – Weight!  So I also received the Aria scale from fitbit (I contacted them after I fell in love with my fitbit One, and they were kind enough to send me the scale for this review).  I am SO in love with this scale.  First of all, it’s one less thing to remember to write down and track.  I love that I can step on the scale and have it immediately upload to my fitbit profile.  Tomorrow’s post will go into a little more detail on the scale, but here I’m just going to say that it’s super easy to set up and use and I love that I don’t have to remember what the weight is so that I can enter it somewhere else later (or forget to do so, as is my M.O.)  On the website it also gives me a little graph that shows my weight going down (hopefully), and will track my BMI and my body fat percentage.  Like I said, more to come on this tomorrow.

Motivation #5 – Make that flower grow!  You can turn on and off all of the different items that the fitbit displays.  One of them is a flower.  If you are sedentary for a while the flower will be tiny, as you become more active though the flower will grow and grow.  You want to keep the flower at it’s highest throughout the day!  It’s like a game to get it to not dip below a certain number of leaves.  The higher it stays during the day the more your active score will increase.

Alarm Clock!  One of my favorite features of my fitbit One is the ability to set silent alarms.  Here was my problem before purchasing the fitbit.  I had my phone as my alarm clock.  It would go off in the morning, I would wake up.  Sounds dandy, right?  Except for the part where I needed to put my phone on silent during the night due to notification sounds.  Then I would wake up and forget to restore the phone to full sound so I could actually hear messages coming in during the day.  Then there’s the fact that I sleep next to my husband.  I wake up at 5:45 AM.  He does not.  Also, my daughter’s bed is literally right on the other side of the wall of our bed.  So, when my alarm would go off, it would wake up my husband and my daughter.  The silent alarm on the fitbit One goes off every weekday at 5:45 AM by buzzing silently.  I feel the buzz on my wrist where I’m wearing the fitbit and am able to wake up on time without waking anyone else!

Mobile App!  Unlike other wearable fitness devices the fitbit has a mobile app for both iOS and Android.  On certain devices (like the Galaxy S3) the mobile app can sync with your fitbit, so you don’t even need to plug into a computer.  The One comes with a little USB plug that can wirelessly sync the device during the day.  The only downside is the computer needs to be turned on for it to sync, but you don’t have to take it off and plug it in to sync.  The mobile app itself is pretty great too in that it gives you all the tracking information and tools that the website does, but it has the added bonus of push notifications.  If I’m getting close to 10,000 steps my phone will get a notification that I’m “almost there!!”  My phone will also tell me if my fitbit is getting low on batteries and I need to charge it.  I have only needed to charge it about once every 2 weeks.

So, I’ve had the fitbit for over a month, and already I’m extremely motivated to keep on track with my fitness.  Having it on me at all times keeps me aware throughout the day (reminding me that I really don’t need to eat that Oreo cookie…. as much as I may want it.)  Stay tuned for more tomorrow on the aria scale!

Disclosure: I purchased the fitbit one myself, and then contacted fitbit about the aria scale, after I had already fallen in love with the device.  They sent the aria scale, but I am getting no further compensation for this or other posts.